A little over a year ago, we announced that we were on track to purchase enough renewable energy to match all the electricity we consumed over the next year. We just completed the accounting for Google’s 2017 energy use and it’s official—we met our goal. Google’s total purchase of energy from sources like wind and solar exceeded the amount of electricity used by our operations around the world, including offices and data centers.

We’ve been working toward this goal for a long time. At the outset of last year, we felt confident that 2017 was the year we’d meet it. Every year, we sign contracts for new renewable energy generation projects in markets where we have operations. From the time we sign a contract, it takes one to two years to build the wind farm or solar field before it begins producing energy. In 2016, our operational projects produced enough renewables to cover 57 percent of the energy we used from global utilities. That same year, we signed a record number of new contracts for wind and solar developments that were still under construction. Those projects began operating in 2017—and that additional output of renewable energy was enough to cover more than 100 percent of what we used during the whole year. 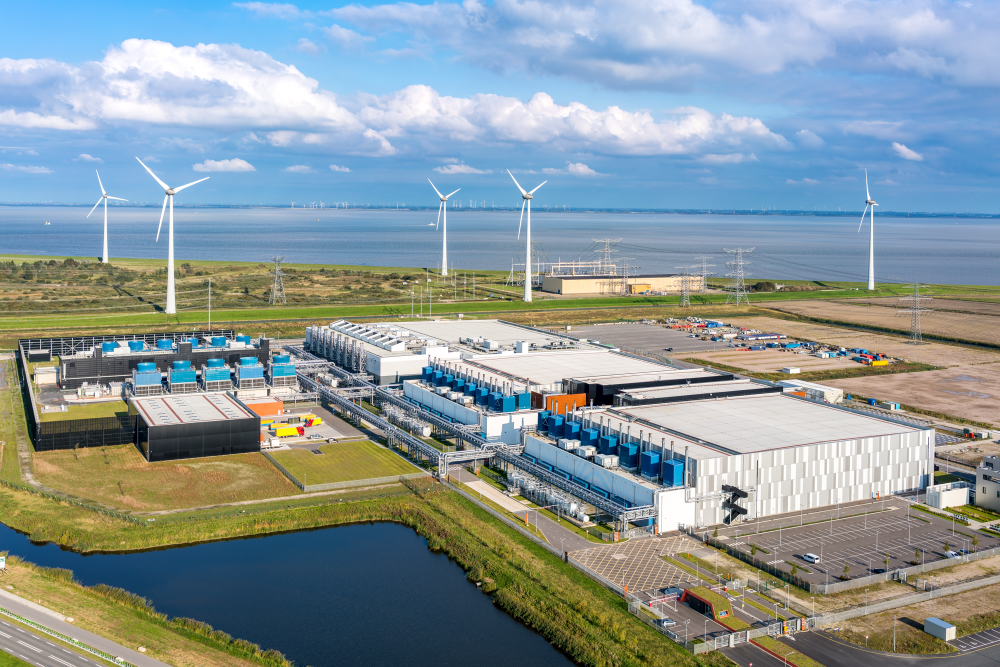 We’re building new data centers and offices, and as demand for Google products grows, so does our electricity load. We need to be constantly adding renewables to our portfolio to keep up. So we’ll keep signing contracts to buy more renewable energy. And in those regions where we can’t yet buy renewables, we’ll keep working on ways to help open the market. We also think every energy buyer—individuals and businesses alike—should be able to choose clean energy. We’re working with groups like the Renewable Energy Buyers Alliance and Re-Source Platform to facilitate greater access to renewably-sourced energy.

This program has always been a first step for us, but it is an important milestone in our race to a carbon-free future. We do want to get to a point where renewables and other carbon-free energy sources actually power our operations every hour of every day. It will take a combination of technology, policy and new deal structures to get there, but we’re excited for the challenge. We can’t wait to get back to work.

VIDEO: On the way to COP24 – The Caribbean Will Not be Left Out